The Admit VIP team is an assemblage of professionals with real-world experience working in the theater, nightclub, and entertainment industry in Las Vegas.

The Admit VIP team and structure can provide end to end management, consulting, or support to any venue looking to present live entertainment. Admit VIP services include online ticketing, box office operation, call center, marketing, promotions, public relations, as well as locating, managing, and/or producing shows and productions for the venue in either a partnership with the venue/property or as a leased outlet.

Admit.VIP operates TicketKite.com as a fully integrated online and mobile ticketing platform. TicketKite.com can be integrated with the venue or properties website allowing for advance ticket sales, mobile ticketing, and printed door tickets and scanning. Our ticketing systems are integrated with ticket selling partners, including Expedia, Groupon, Trip Advisor, GoldStar, Get Your Guide, Vegas.com, Tickets4Tonight, and many others which increases awareness and availability of events to consumers. Our ticketing platform produces financial and demographic reports from all events; and also features an email marketing system that allows us to stay in touch with guests after their first purchase for additional offers, similar shows, and special events.

The Admit VIP team is a cohesive group of professionals who have worked together for years which allows for easy communication and creativity. The Admit VIP team works in close connection with host venues and producers to maximize revenue opportunity and guest retention. 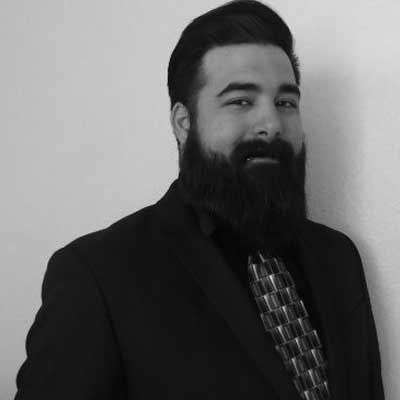 All Motown featuring the Duchesses of Motown is a live show filled with the get outta your seat and dance music that defined a generation called Motown.

The Duchesses of Motown, led by Ms. Tonja Jones along with Gwen, Tai, and LeAna, are known for singing Motown songs with a splash of DooWop! Formerly part of the Las Vegas casts “Forever Doowop”, “Forever Motorcity”, and “Timeless” the Duchesses have been performing on the Las Vegas Strip for many years to sold-out shows. All Motown returns the Duchesses to their roots in a revue of the top-selling Motown artists of all time, including Martha and The Vandellas, Mary Wells, Gladys Knight, The Marvelettes, The Supremes, and many more in this new 75-minute tribute show.

Feel the magic of Motown at The Athena Showroom at Alexis Park Resort in Las Vegas.

Late Night MAGIC is an After Dark experience designed for adults, so leave your kids at home for this one. Explore the dark, taboo, hilarious, and even the sexy side of magic and illusions at Late Night MAGIC.

Tommy Wind, direct from his multiple national TV appearances, stars in AMAZING MAGIC, which is a fun and interactive magic show perfect for all ages. AMAZING MAGIC features world class sleight of hand manipulation, hilarious comedy, audience participation, and illusions. This is a high energy, exciting magic and illusion show for the whole family

Alain Nu – The Man Who Knows

Be amazed by Alain Nu and experience a show designed to illustrate how connected we are despite the current circumstances. Minds will be read, futures foretold, synchronicities revealed!

The BIG little Variety Show features some of the most exciting, entertaining and most sought after acts from Las Vegas and around the world. Our rotating cast of entertainers features a fresh, new and exciting variety show each night that’s fun for the entire family. From comedy, magic & music to circus acts, jugglers and outrageously silly characters and maybe even a dangerous stunt or two.

Rock Candy Male Revue is an intimate fantasy journey through the mind of your hostess, Rosa. This is not your typical Male revue, where the men think they know how to fulfill every Woman’s fantasy. Rock Candy will entice your mind and stimulate your senses from a female perspective as Rosa directs the dancers like her muses to bend to her will and desires. Every performance is different, while Rosa’s mind wanders from voyeuristic fantasies, uniformed dreams, and even a bit of bondage play. The Rock Candy dancers are Rosa’s playthings as she daydreams the night away.

7 Comics in 70 minutes — The Hilarious 7. Las Vegas Headliner Comedian John Hilder is the host of this wild 70-minute comedy showcase that is 100% punchlines! Each of the 7 comics has time for only their best jokes! The Hilarious 7 tosses the hit or miss format of standard comedy clubs out the window — the audience only has minutes to love or hate each of the comedians, and they will decide who’s the funniest of the night in a winner take all, no stakes, no rules, comedic battle.

Known as one of the top impressionists in the country, Gordie Brown brings his incredible show to the Night Owl Showroom inside Hooters Casino Hotel.

Gordie delivers spot-on impressions of a variety of notable celebrities, including Garth Brooks, Robert DeNiro, Elvis, Michael Jackson, Jack Nicholson and many more. That, paired with his comedy and singing talent will create an evening guest will never forget.

“ . . . . an evening with Brown is an evening well spent, one you can tell your friends about.” Jerry Fink, Las Vegas Sun

“WOW. The guy can sing, act and draw cartoons. Is there anything he can’t do?” Kelley Lang, Reno News & Review

Comedy & Dolls headliner Acrobatic Comedian Uber Rossi and world-renowned burlesque performers alongside an ever-rotating ensemble cast of the funniest and universally entertaining performers in the world. Comedy & Dolls is a 70-minute escape from the outside world; the combination of Standup, Variety, and Burlesque resonates as an affordable and fun show that can be enjoyed by adults from all walks of life.

Joe Caliz is Downtown and Dirty is the show that Las Vegas craves. This uncensored, unbridled comedy variety show features some of Las Vegas’ hottest comedians, dancers and sideshow acts — that are guaranteed to shock and offend.  Leave the kiddies at home and check your inhibitions at the door and be prepared to laugh at some of the most offensive jokes in the history of Las Vegas.

The Motown Extreme Review is an explosive, high-energy show, filled with excitement and adventure. It’s a show that will have the crowd jumping for joy, laughing, and dancing. This charismatic show is a combination of a Broadway musical and a live concert.

Ausar & Aset Bragg, international recording artists and producers of the Las Vegas Stars and the Motown Extreme review, and Grammy Award winner Mr. Felton Pilate, musical director, have assembled a show filled with chart-topping hits from your favorite Motown artists including Michael Jackson & The Jackson 5, Smokey Robinson, Stevie Wonder, Martha Reeves, The Marvellettes, The Temptations, Diana Ross & The Supremes, and many, many more.

We are on the lookout for new venues and properties to work with in developing an ongoing entertainment strategy. Contact us for information.