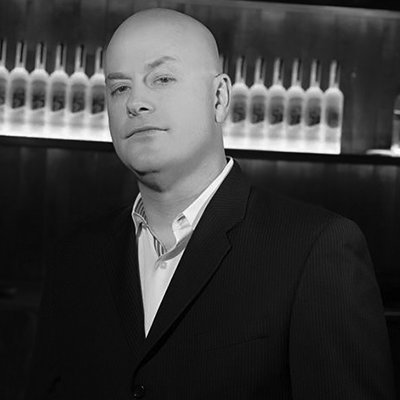 Entertainment and Las Vegas weren’t always the career goal for Pete Housley, Founder and CEO of Admit.VIP. With a degree in Political Science and a passion for all things technical, Housley’s professional started very differently in the mid-1990s with Lotus Development Corporation as a Product Manager and later as a Fortune 50 business consultant for IBM Global Consulting working with high-profile corporate clients matching business process to technology; and guiding many clients through Y2K transitions.  While always a leader, Housley never lost respect and passion for knowing the “nuts and bolts” of technology and marketing taking the time to become a fluent code developer and skilled Graphic Designer.

With 10+ years of experience in technology and business consulting Housley looked for new challenges and in early 2001 moved to Las Vegas, Nevada to explore new ways to apply his skills and experiences to the entertainment industry.  It wasn’t long after that he became a sought-after executive with management, marketing, and advertising skills in the nightlife and hospitality industry.  Part of the launch and development team on numerous high-profile projects including the hugely successful “Seamless” hybrid gentlemen’s club and after-hours club.  In 2008, Housley and partners developed Sin City Comedy & Burlesque which had a 10 year run on the Las Vegas strip inside Planet Hollywood Resort Hotel which later grew into the Sin City Theatre and Cabaret Showlounge where Housley was the Vice President of Operations which hosted such notable resident shows as Crazy Girls, Gordie Brown, Purple Reign, Murray the Celebrity Magician, Comedy & Dolls and many others.

2017 brought the development and launch of Admit.VIP with Housley in the CEO seat; developing and launching shows at the former Hooters Casino Hotel which included Gordie Brown, Cons of Comedy, Electric Candy, Motown Extreme, The Hilarious 7, Cherry Boom Boom, and many others.  Throughout 2018 and 2019 Admit.VIP continued to grow and expand adding a second showroom to Hooters Casino Hotel, a 150 seat showroom at Alexis Park Resort Hotel, a 125 seat showroom inside Neonopolis in downtown Las Vegas.

Even the pandemic of 2020 couldn’t slow Housley and his team down… in June 2020 Housley and Admit.VIP were the first to return live shows to Las Vegas for a short time with The Hilarious 7. Then relaunching in November 2020 with the support of Alexis Park Resort Hotel and its expansive convention space — Housley and Admit.VIP not only reopened some of its signature shows but expanded with all-new shows including BurlesQ, Amazing Magic, Rock Candy: Male Revue, Late Night Magic, and most recently Purple Piano: A Celebration of Prince.

2021 has already been a tremendously strong year for Admit.VIP with ticket sales far exceeding all expectations and exponential growth through relationships and partnerships strengthened through strong leadership and communication throughout the pandemic.  Admit.VIP, with Housley at the helm, is poised to become a much stronger player in the entertainment industry over the coming years.